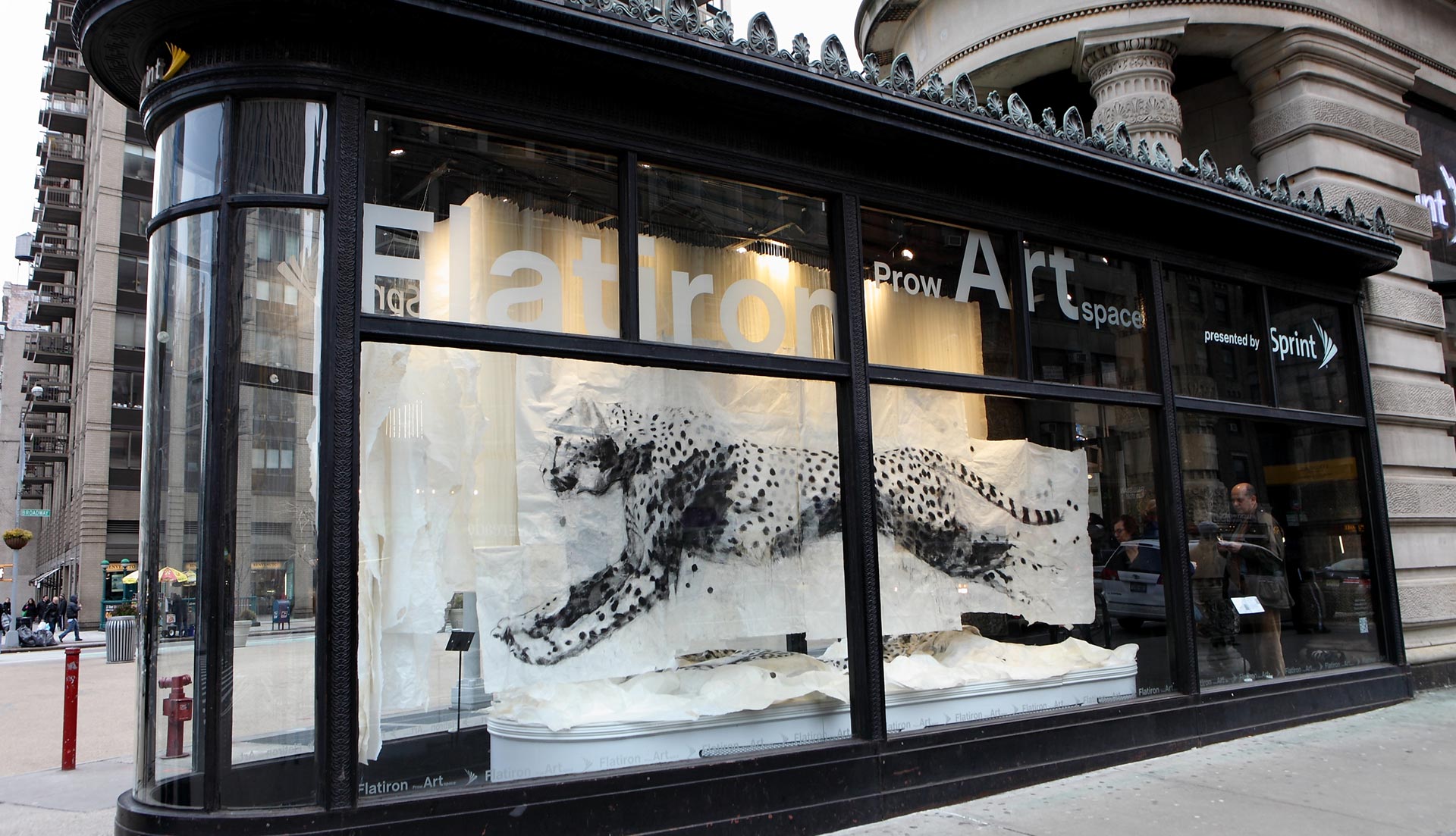 Lin Yan                         February - March 2013
‍
Lin Yan’s site-specific installation in the glass-enclosed Prow Art Space explores the idea of stillness, especially in winter. Gently shifting with the air, serene layers of suspended translucent Xuan and Pi hand-made papers inhale and exhale light, surrounded by the frenzied flurry of urban life and architecture outside. Powerful, earthy charcoal drawings on torn and crumpled handmade papers organically collaged contrast the strength and fragility of existence. The space she finds between movement and stillness is analogous to the space we find as human beings between our often intense lives of movement, upper mobility, stress, and our very private moments of reflection. 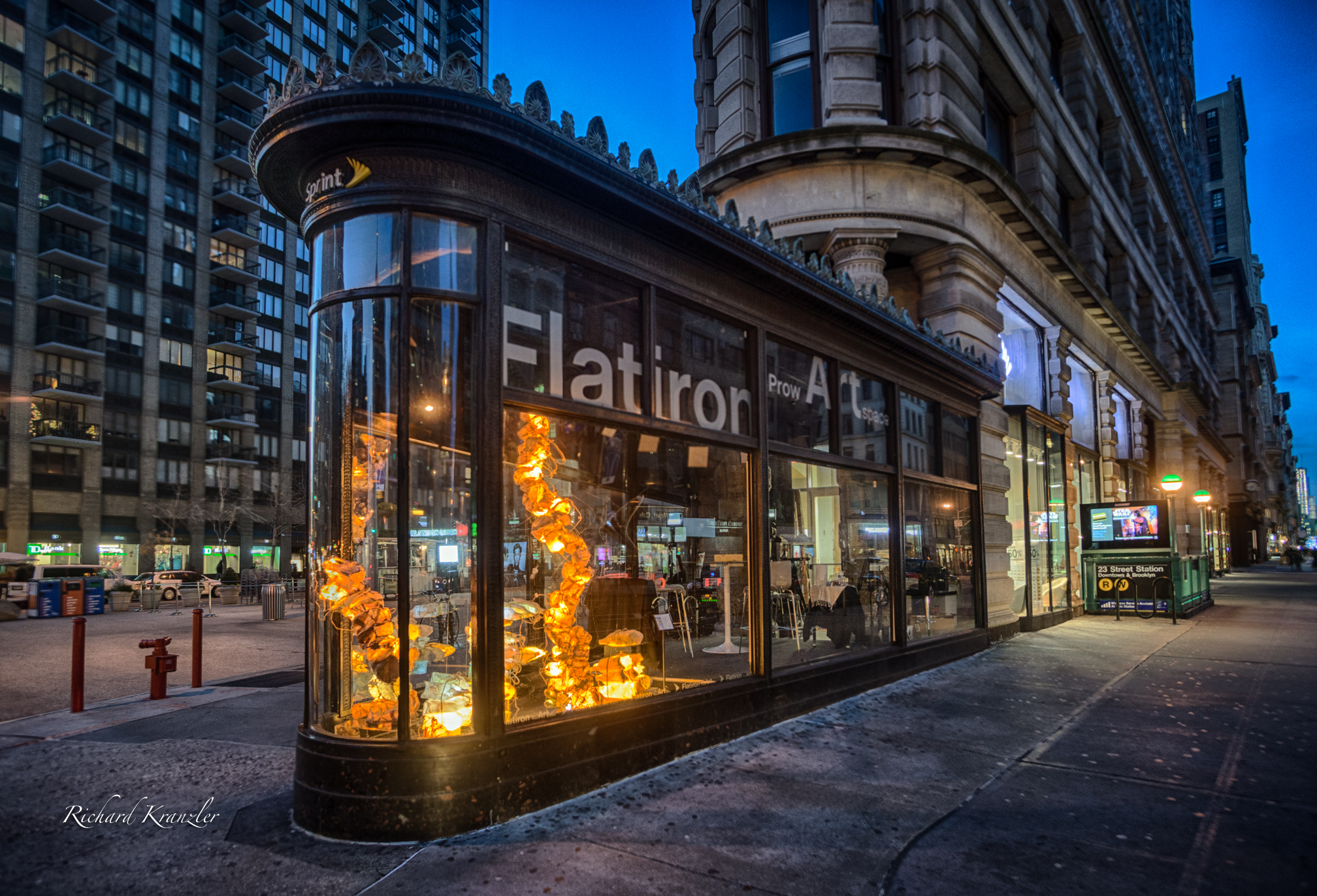 Hu Bing                          February - March 2013
‍
When asked to create a holiday window for Sprint and Cheddar, immediately I thought of artist Hu Bing who had graced the space a few years ago with “Shattered Debris, Sheer Transformation.”  In this new exhibit, Hu Bing highlights both the warmth of the season and its wastefulness.

In “Brown Paper Packages Tied Up With String” Hu Bing uses discarded wine and water bottles to create a smoldering, crackling environment that challenges the notions of debris, empty and filled, and where we find beauty. 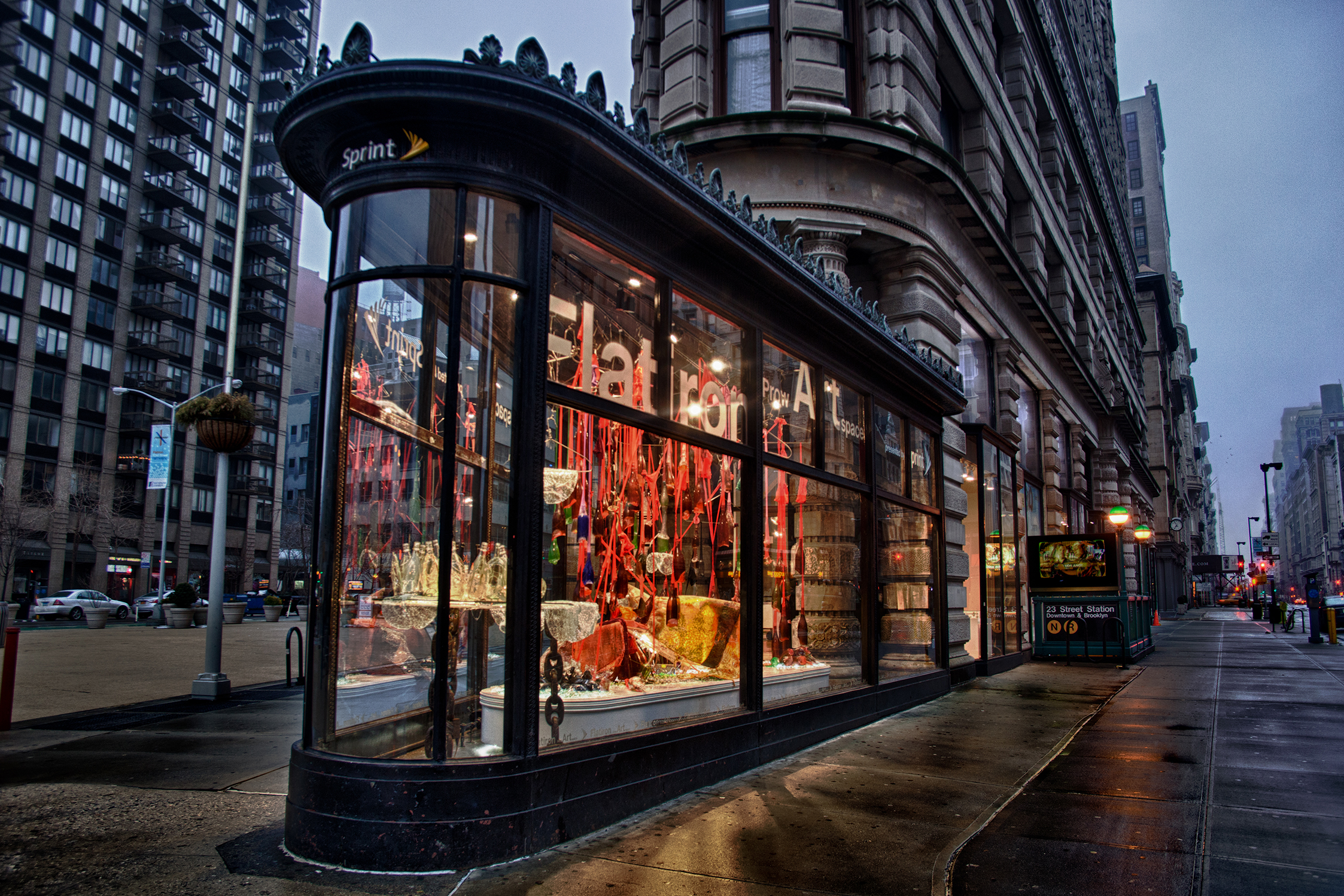 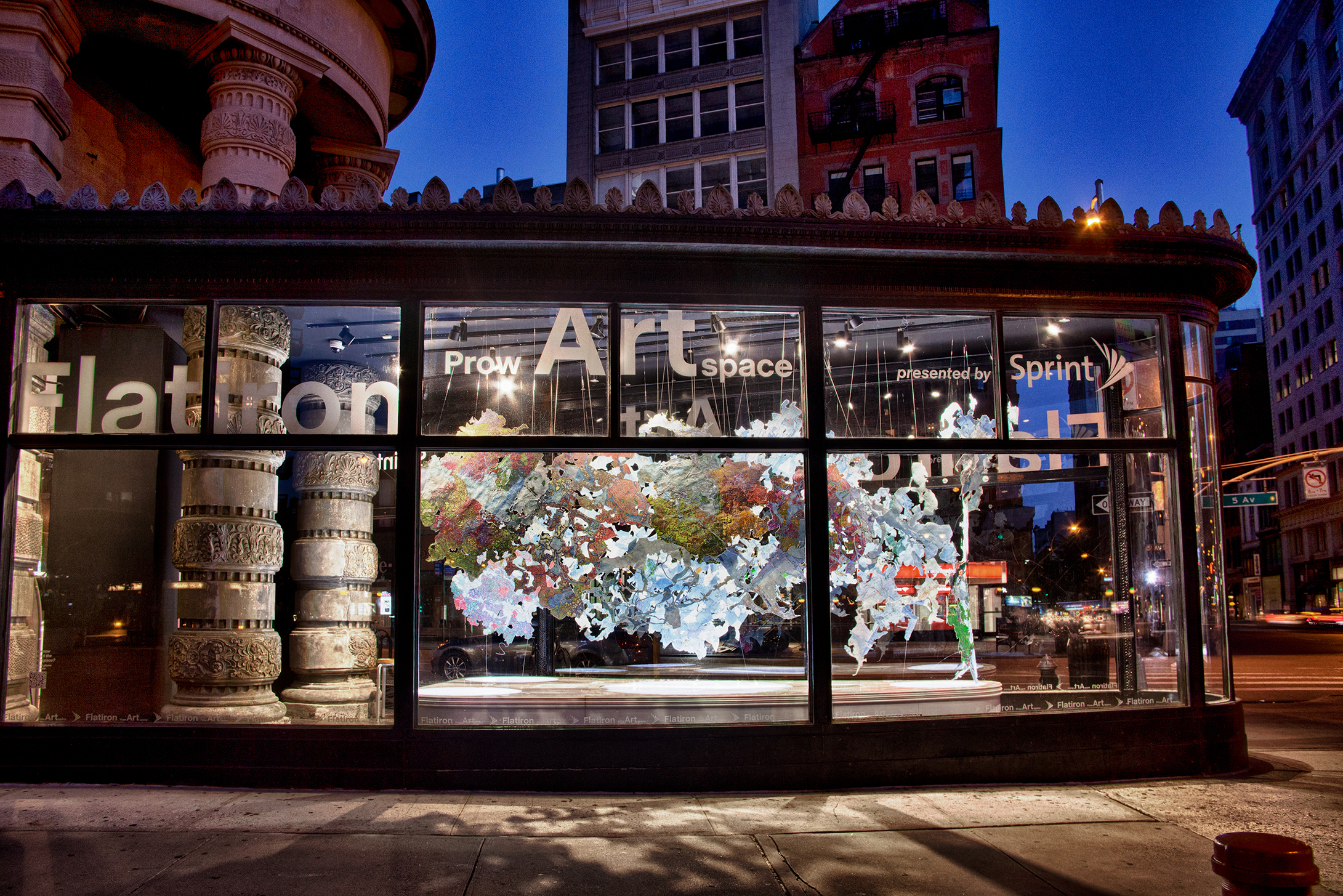 Rebecca Riley          June - September 2012
‍
Randomland is Rebecca Riley’s continuously growing network of invented worlds constructed from various forms of topographic maps, road maps and atlases. Joining fragments of randomly collected cartographic sources, Riley’s pangea is governed purely by aesthetics of line, shape and color representing roads, rivers, contours and boundaries.
Viewers can see through the suspended layered shapes as if peering through dappled trees; the varied depths of field offered by this triangular space echoes the shift in perception from objective information-based knowledge to the complexity of visceral experience. 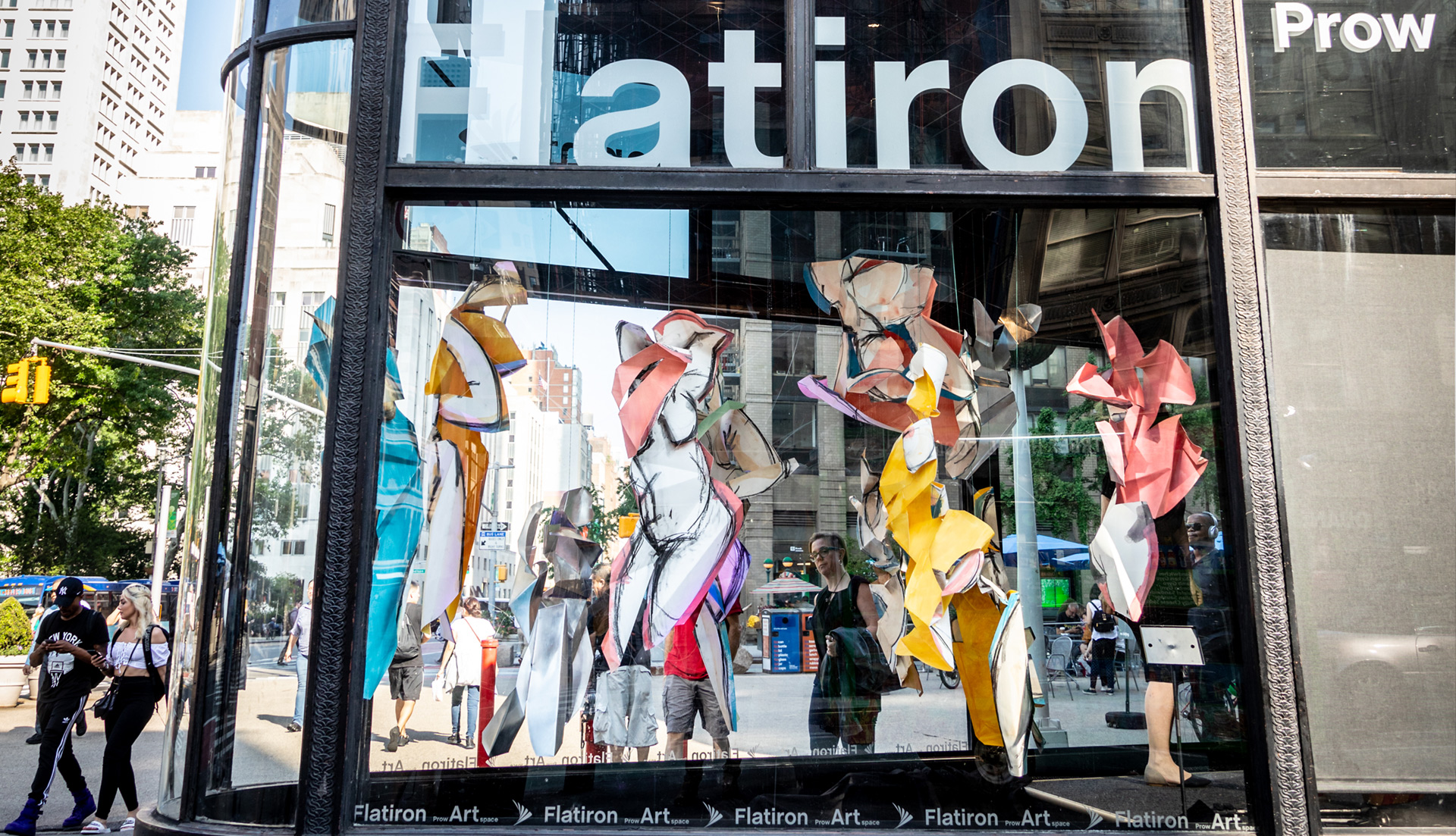 Heidi Lanino                  June - October 2018
‍
Heidi Lanino’s  Folded Females employs expressive line, a deep interest in kinesthetic form and the notion of liminal space.  The works are made intuitively, using paper or metal, folded with an adept sensibility to create a portrait of the female,portraying both strength and vulnerability in their various forms.
‍
Referencing Greek and Roman Sculpture, these Folded Females are not only exploring questions about accepted ideals of beauty but the process of unfolding and folding of oneself in response to each moment of the human, lived experience. 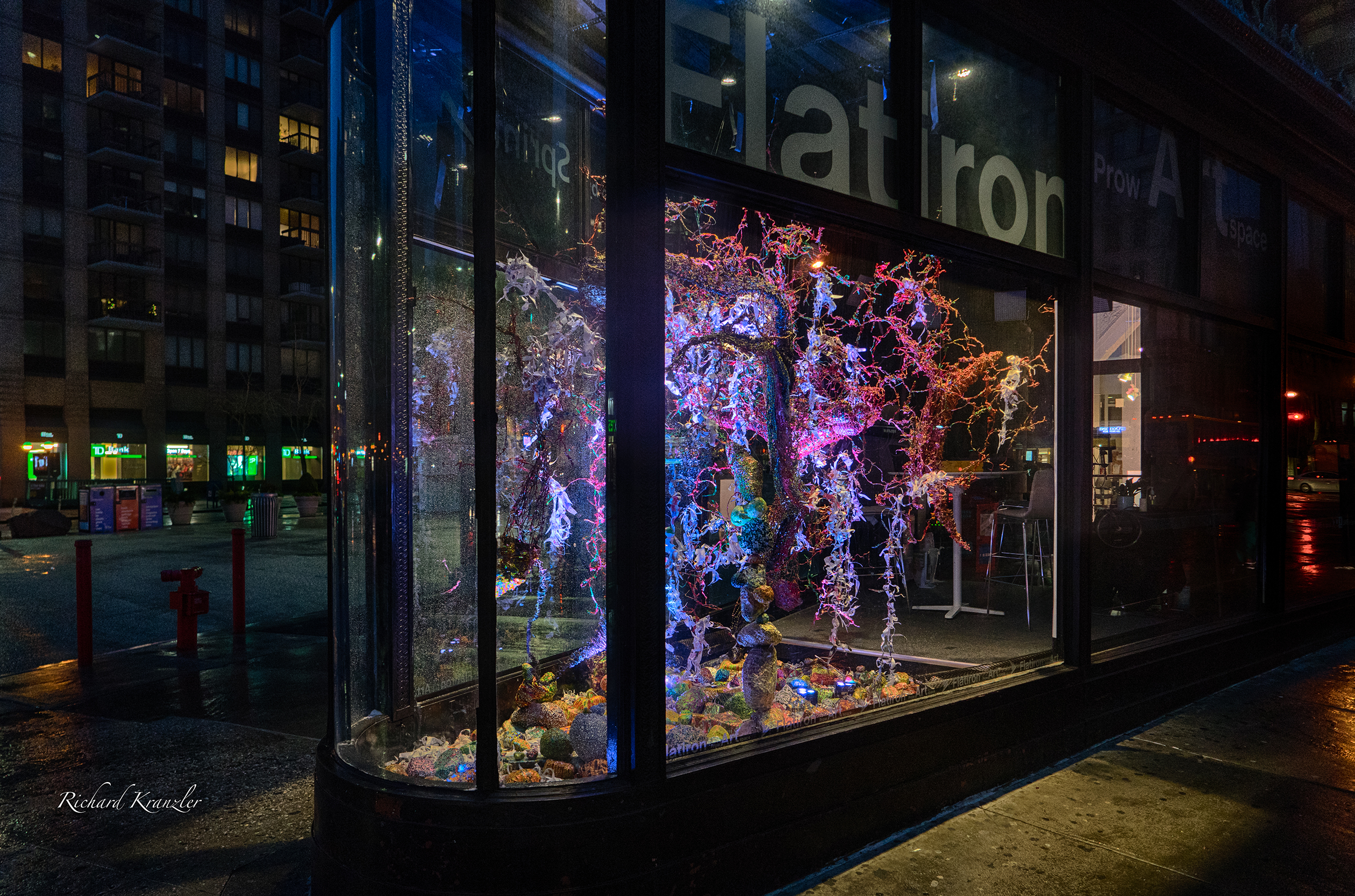 Elizabeth Knowles   February - March 2018
‍
Fractal structures define life’s patterns both figuratively andmetaphorically. Just as a cell groups together with other cellsto form a more complex organism, this installation processbegins with the most simple and builds to the more complex.
Knowles connects one fundamental element with anotherand another and another until a more intricate whole is formed. Through site-specific installation, she explore how dynamic patterns connect landscapes and life forms, physiology and physics, death and detritus, growth and form.
This exhibition continues our theme of connectivity through art, science, technology. 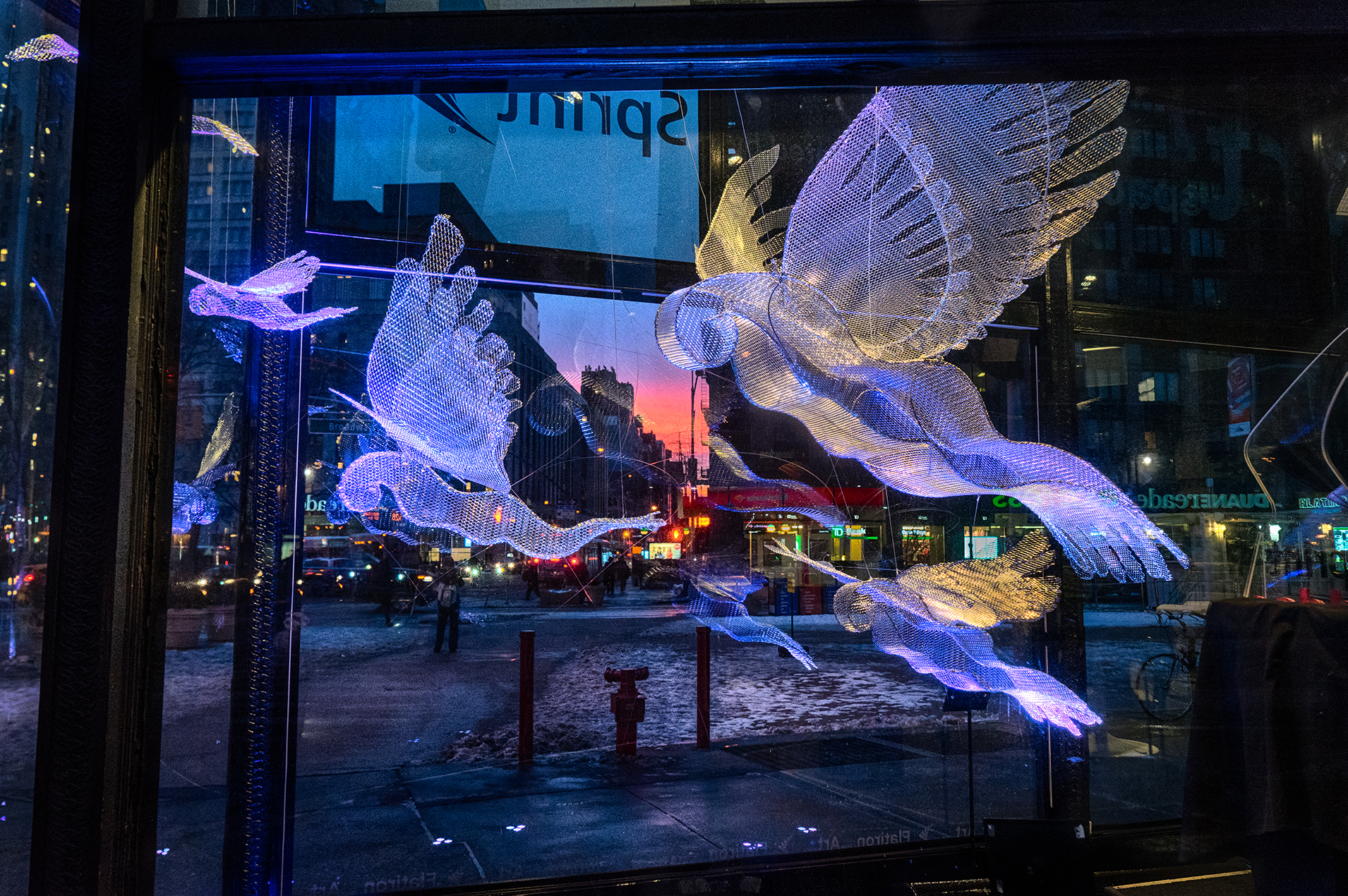 Surfing Beneath the Surface 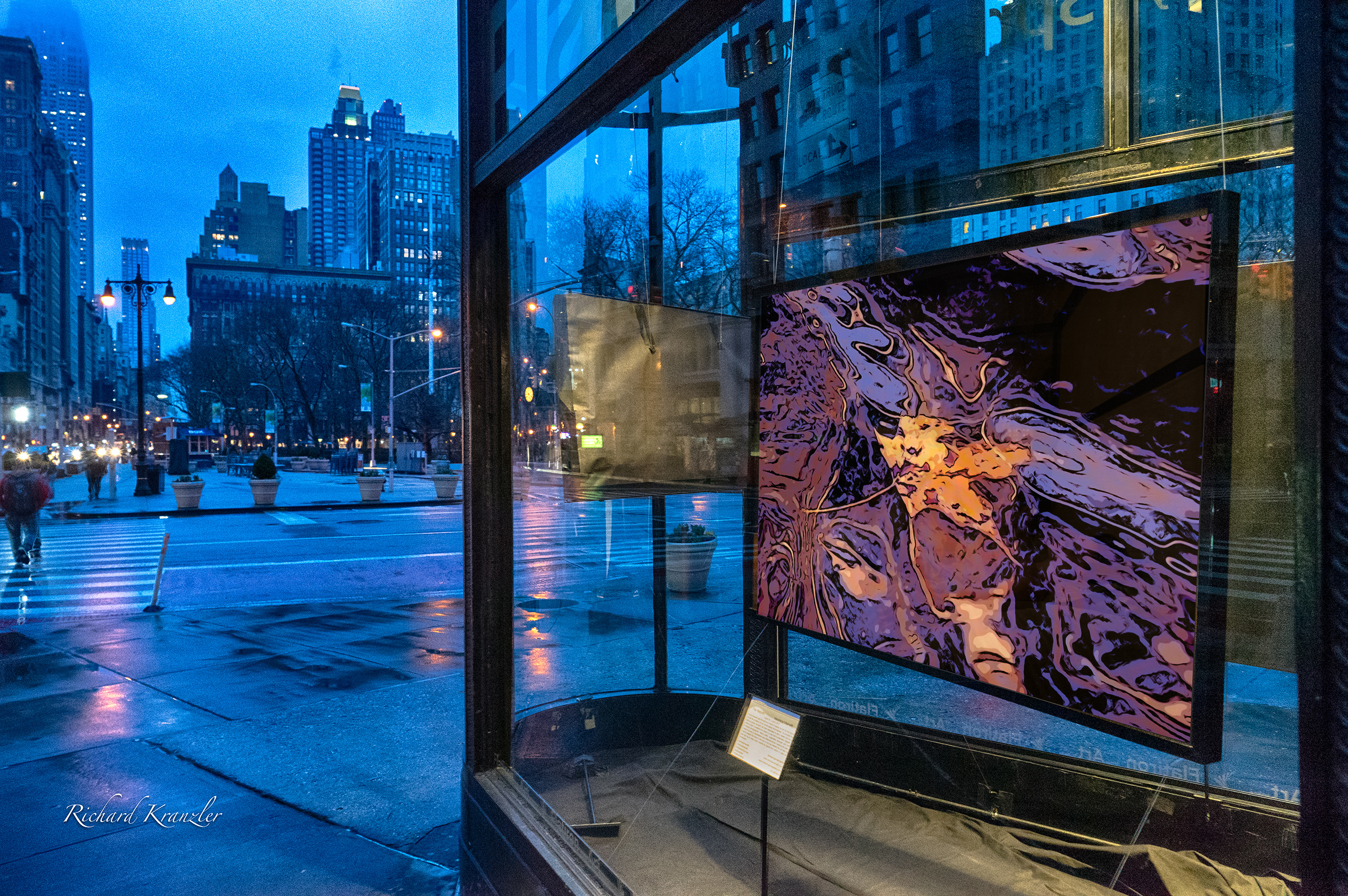 Diana Lehr                         January - May 2020
‍
Diana Lehr brings into view micro-realities and things that often go unnoticed. Incorporating illusion and the defining line between what is real and what is not, her work points to the unconscious realm. Using carefully created components of perception, she delivers a visual experience, and a physiological one as opposed to a narrative or an abstract idea. 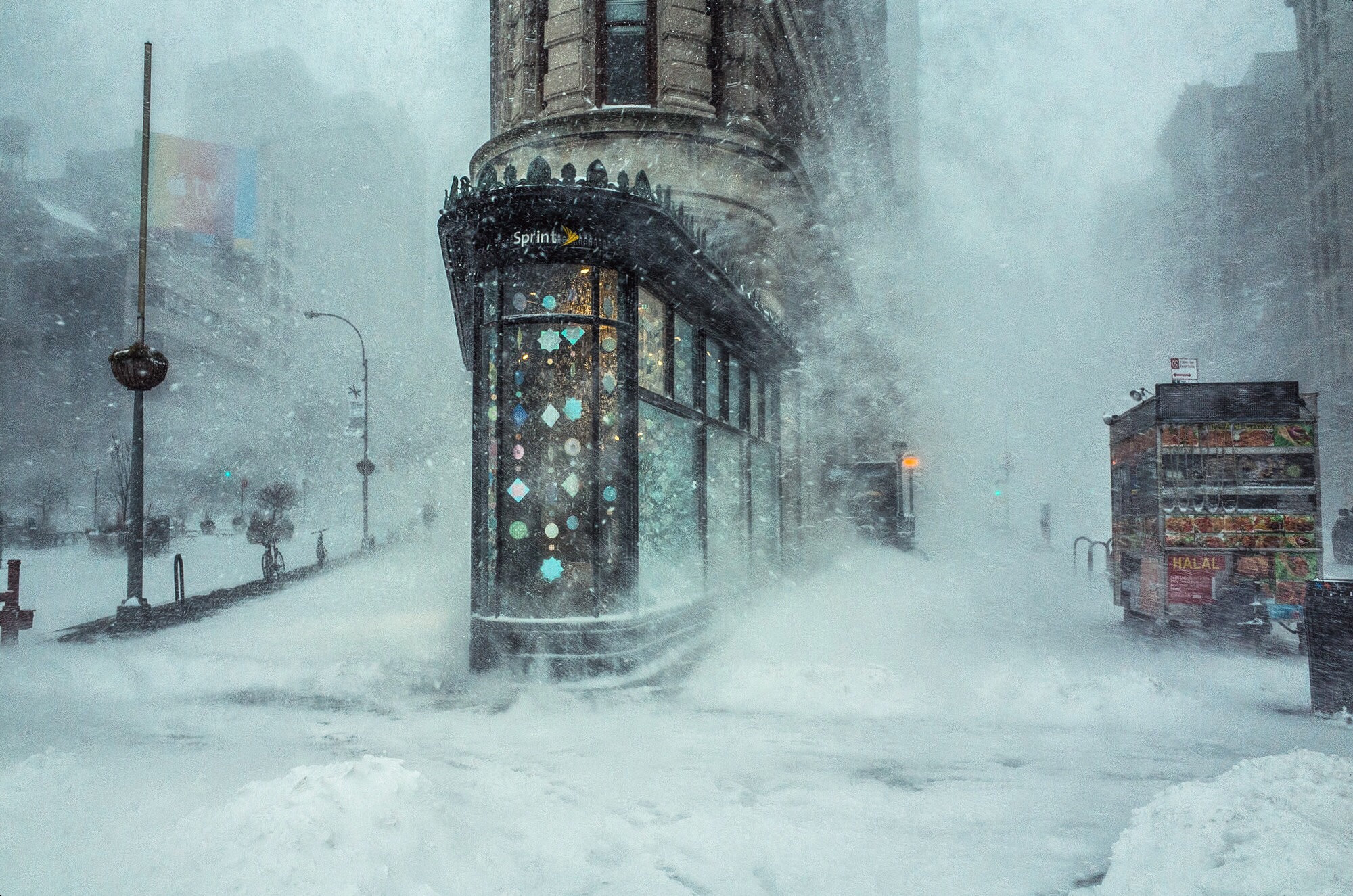 Chelsea Hrynick Browne  January - March 2016
‍
Like flakes, these hand-cut origami shapes possess both a movement and stillness.  Like real snowflakes, they can be experienced individually like a dusting of snow or for their all encompassing swirling momentum like recent storm Jonas.  Ironically, winter storm Jonas coincided with the opening of “Flakes.” 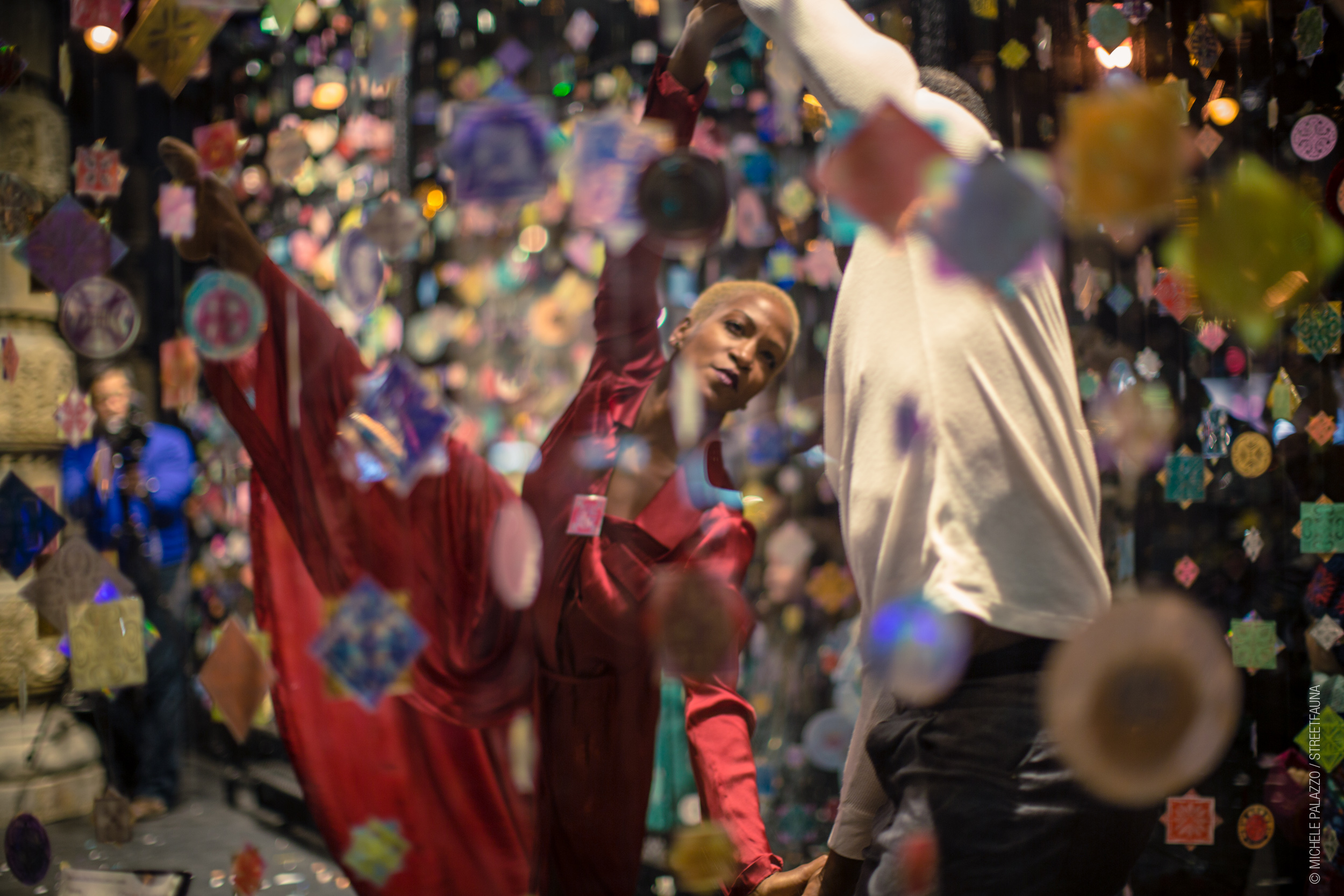 Dion Wilson                          January - March 2016
Choreographer, Dancer
‍
Concurrent with artist Chelsea Hrynick Browne’s  hand cut origami shapes Flakes, Dion Wilson collaborated with the artist to create a physical interpretation of the work. Like flakes the work possess both a movement and stillness.  Like real snow flakes they can be experienced individually like a dusting of snow or for their all encompassing swirling momentum like recent storm Jonas. 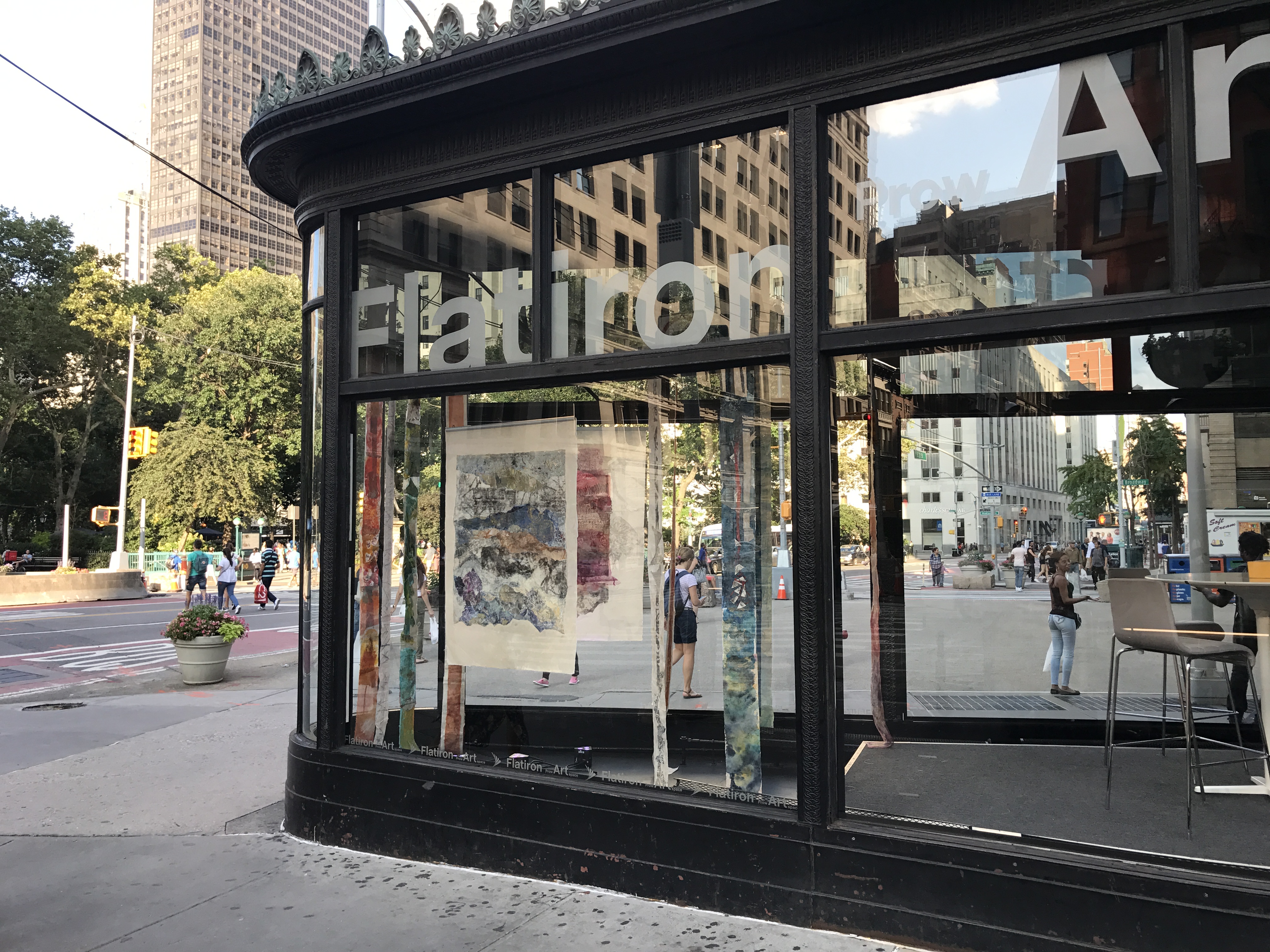 Serena Buschi         July - September 2017
‍‍
From the early cave drawings of Lascaux to contemporary art, every culture has had the need to create marks.  Buschi is inspired by these various cultural marking to create this installation. Through the use of encaustic, crochet, thread, patterning, flowers, iconic imagery and calligraphy she  brings cultures together and creates a collective identity.  Viewers are drawn to both the overall beauty of the colors, whimsy and reflections as well as being further transfixed by the minute details of individual cultures becoming particles of the whole. 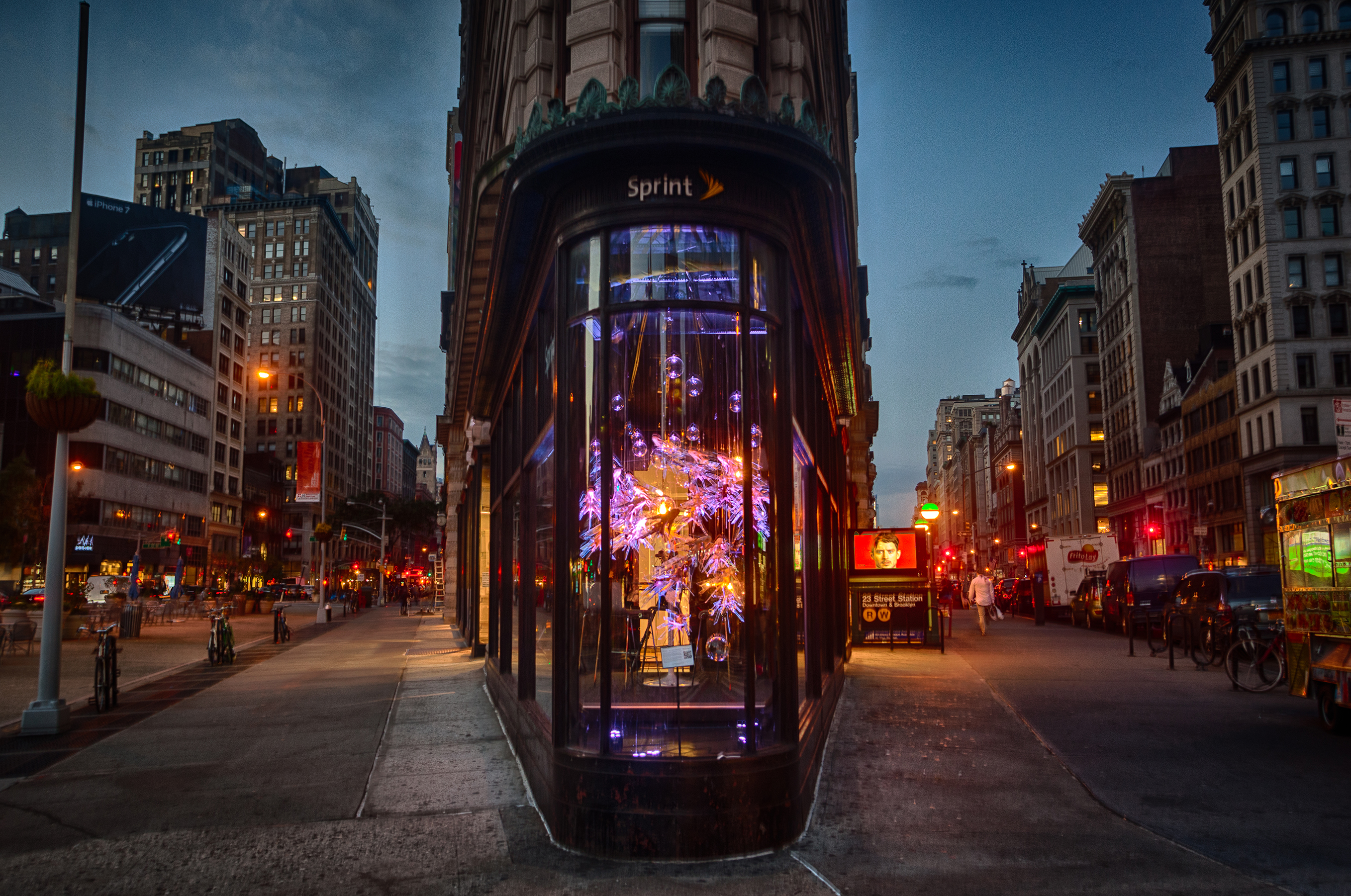 Garret Kane          August - November 2016
‍
We converse with AI. We clone sheep. Life isn’t just lived. It’s rebuilt and rendered. Daily life has been replicated into a copy of what nature began. And though it’s caused problems. It propels our species forward. Replication is in our DNA. And our ability to mimic the reality around us will ultimately ensure our survival.
By transforming the window into an ‘aquarium’ with a synthetic school of  fish it becomes a  fitting place to showcase this idea. We remind an audience at the heart of one of the largest manmade environments on earth that the world is no longer just nature itself, it is shared by the nature of man as well. 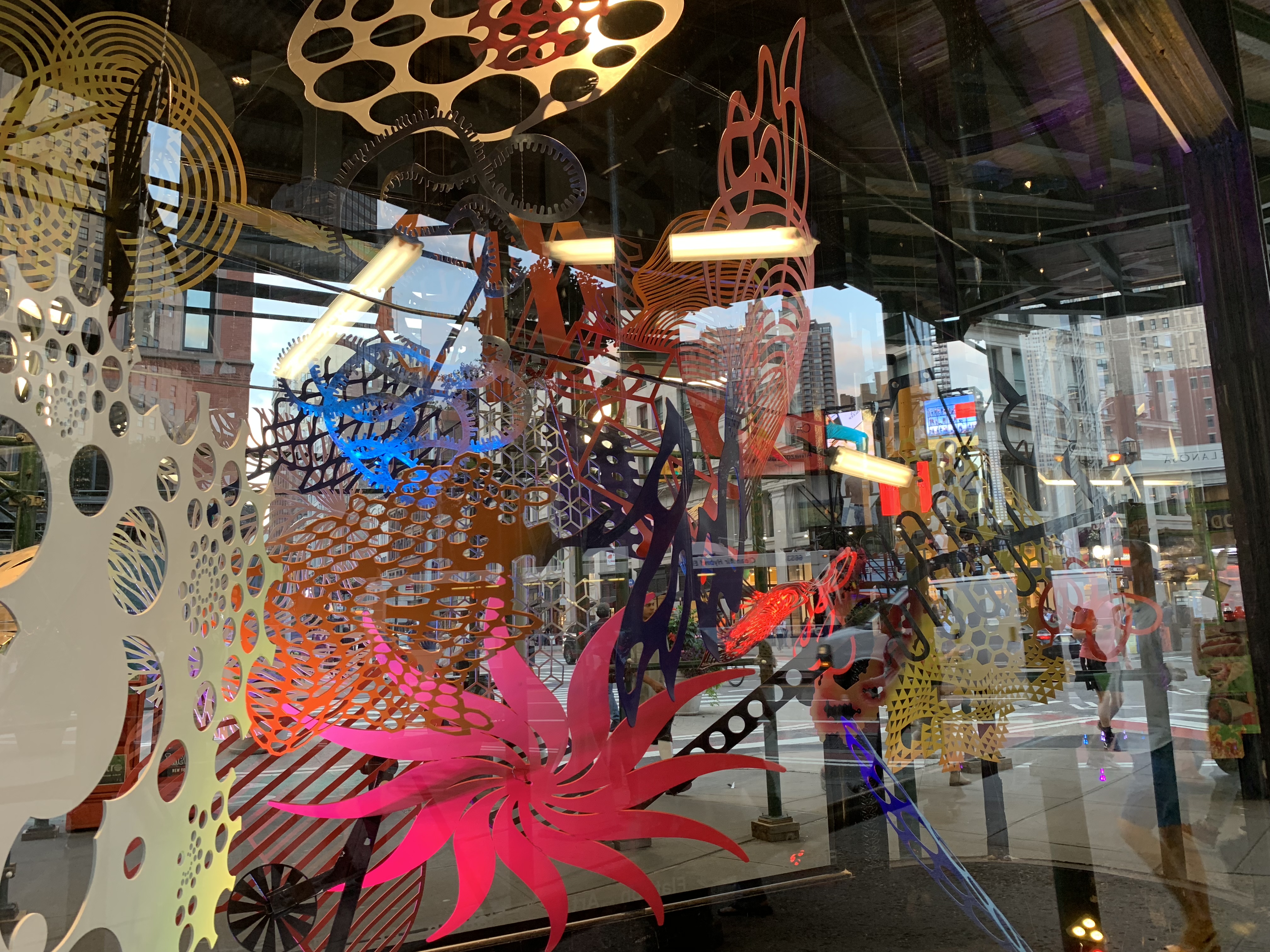 Wendy Letven          February - May 2018
‍
Wendy Letven has culled lines and patterns of growth from a range of sources to create a complex drawing in three-dimensional space.
‍
Tracing the points and lines of the New York City subways, warps and ripples seen in diagrams of space-time and the branching pattern of nerves in the human eye, among other
things, she gives material form to these fragments of information and bits of visual languages. They form a unique, interwoven and flowing cacophony of line, color and light that mirrors the vital energies that converge at the bustling location of the Flatiron. 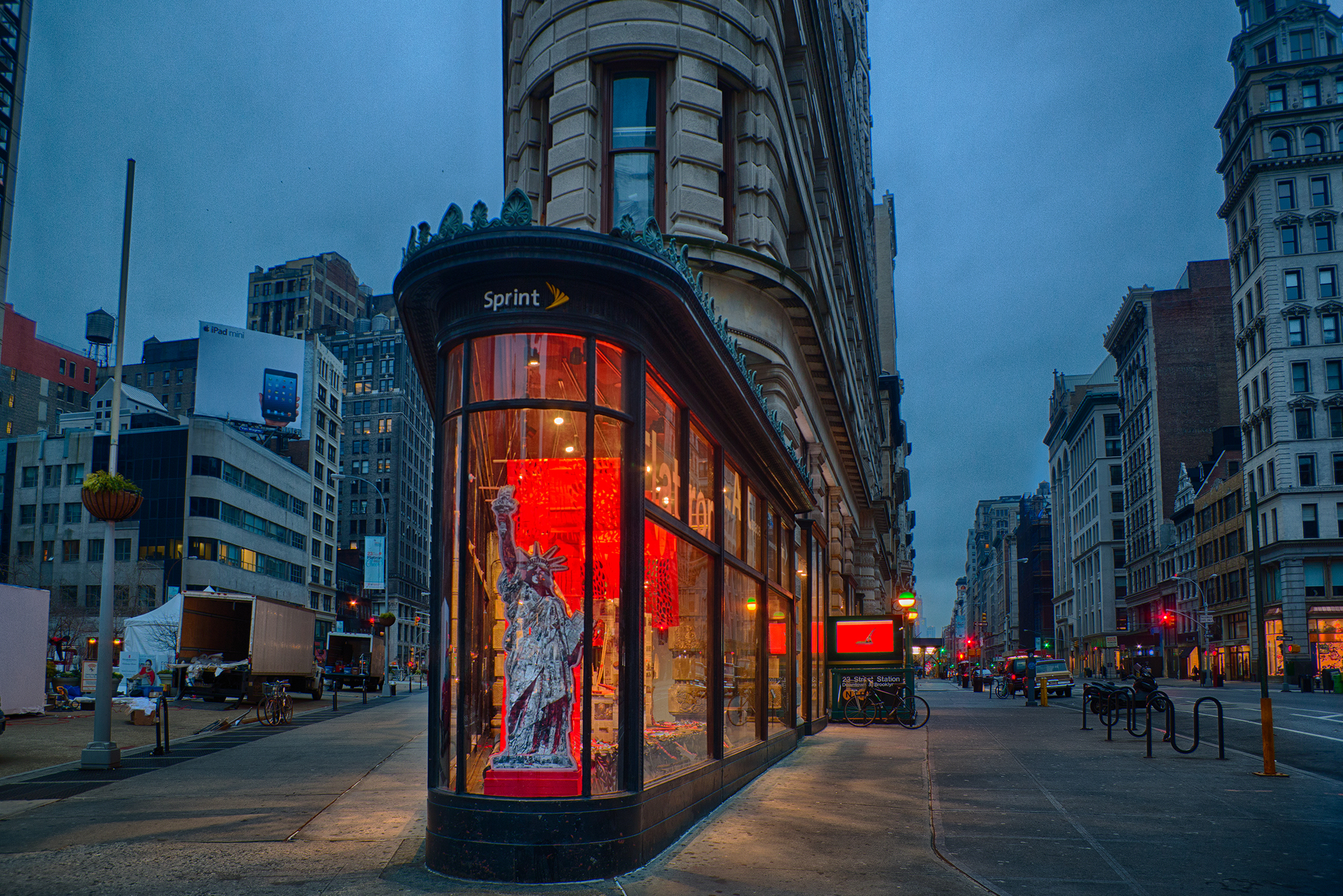 Song Xin         September - January 2013
‍
Igniting conversation about the dreams, complexities and costs of freedom, Song Xin’s large-scale Statue of Liberty stands as a beacon as it bears witness to the changing perceptions of the country’s birthright. Layered with a montage of photographs from daily life and newspaper clippings of current events, the statue is lit from within, illuminating the prow 24 hours a day. Across a black papercut river over the lit platform of the prow, a bridge connects people, boroughs, countries and continents. Collaging the two walkways with American and Chinese journalism respectively, Song reveals the two cultures’ daily fascination with each other. This ongoing project in black and white includes touches of red as a reminder of the high price of freedom.

Eyes on the Ground - Journals of War 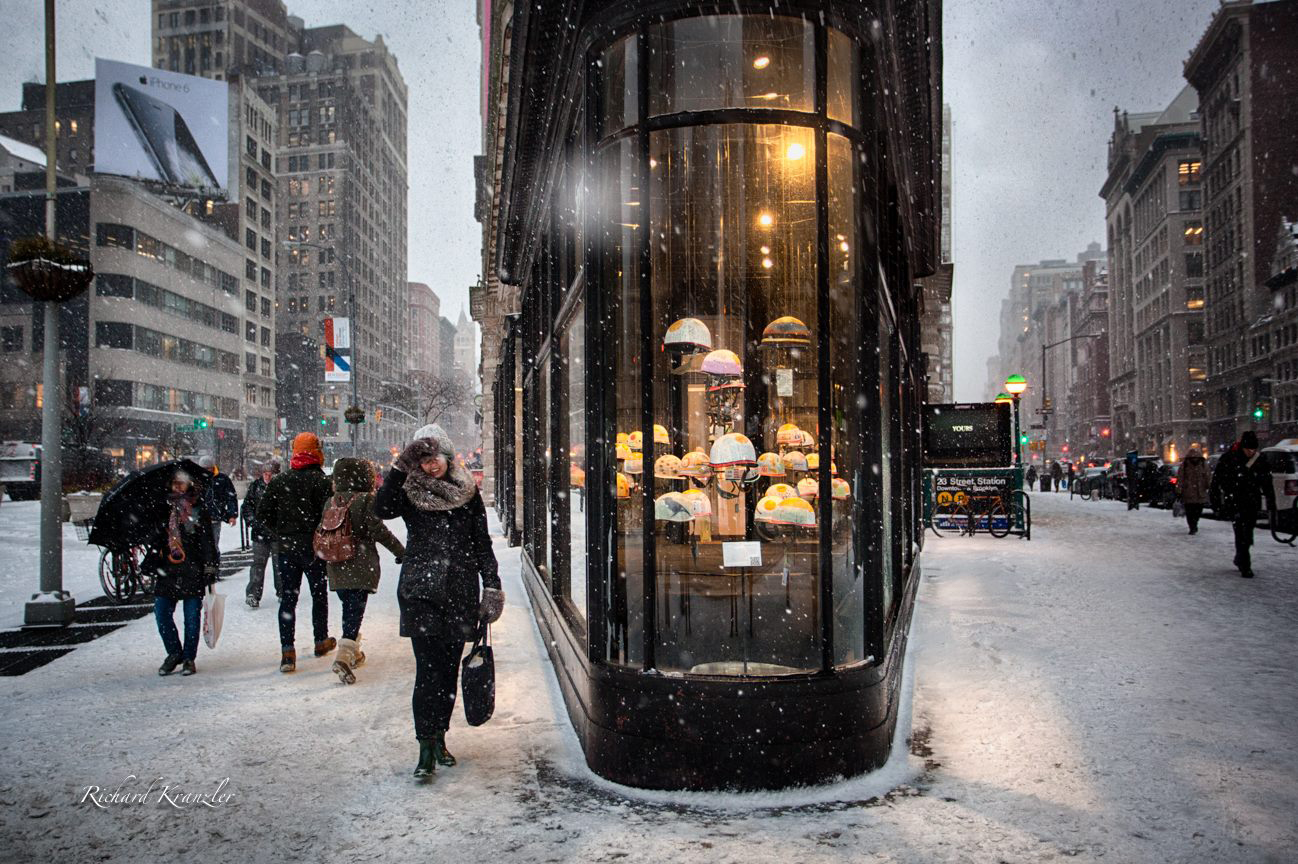 Cindy Kane          October - April 2015
‍
This poignant installation pays tribute to foreign correspondents and evolved as a natural expression of Cindy Kane’s respect for journalists and her desire to create a visual tribute to their work. Kane has created an installation of 50 used steel Vietnam era military helmets, each a stand-in portrait for a specific journalist. She invited journalists who had covered conflicts from WWII to Iraq to collaborate with her. Kane collaged their handwri#en notes and travel artifacts onto the used military helmets, transforming each helmet from sorrowful anonymous reminder, to intimate precious object.
‍
The intimacy of each pockmarked bullet-ridden helmet is visible throughout the day and night adding to the emotion and power of the exhibit; a constant reminder of the cost of war.

Constructing Manhattan
from the Razor's Edge 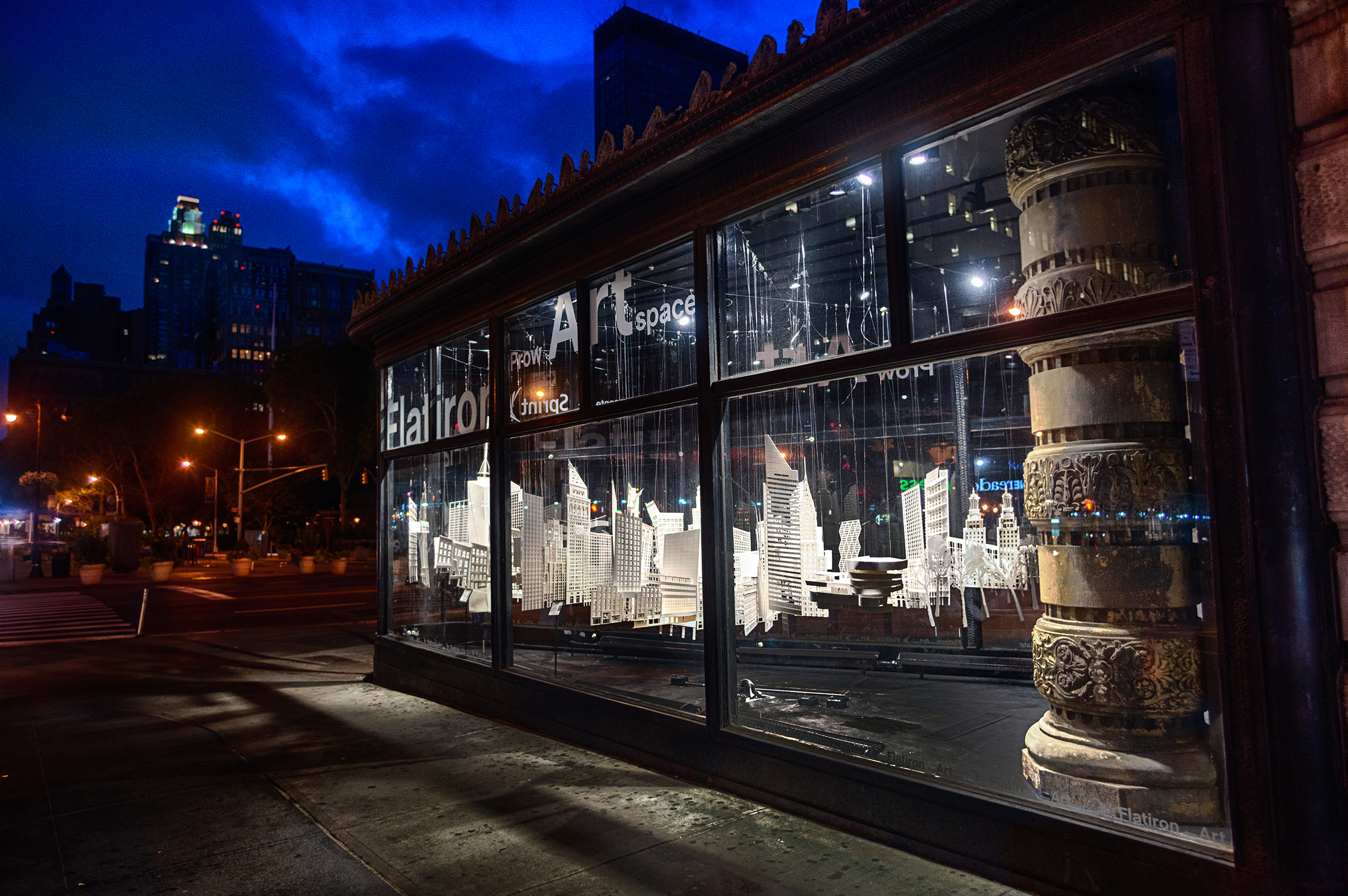