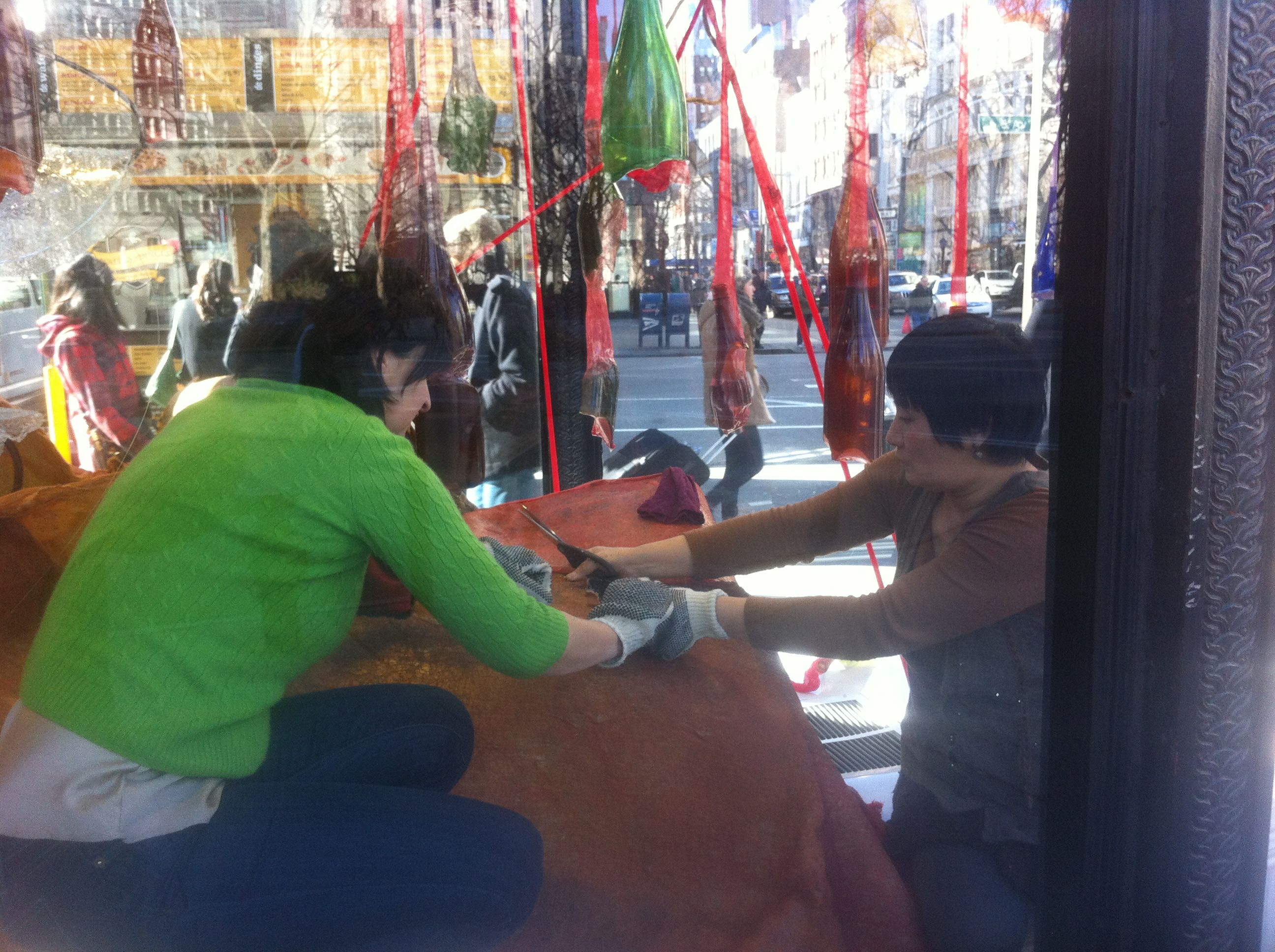 "I believe every daily element has [its] own life. (ironing board, chair, and underwear etc.) These form relationship among themselves. The daily use, generally hard, strong forms and structures of these objects obscures the inner meaning of their [existence]. I give these objects anthropomorphic meaning.

"The image of my work is the soft sogginess of [existence] fragments of the hard outside. I am interested in the sexuality of these objects and their sensual experience of their use. I want to portray the ambiguous instant of vulnerability and [its] intimate origin. My art captures a momentary vision of spirit that glimpsed peripherally and seen named without its outside structure. My art is not trying to present a new idea or theory, but rather is a [celebration] of a pure visual way, feeling our daily life.

I just love to play with transparent and translucent materials. They are at once wet and clear, mushy and smoky, fragile and dangerous. By demanding limited space, glass bottles themselves become water dropping in different directions. Those endless lines and bending curves made of glass cracks. I find that my new work has become less conceptual and more about personal story, as well as painterly, and informed by drawing and landscape.
‍
The other reason I am drawn to glass and ice images may have something to do with my own name. Because I was born on Christmas day, my parents wished me pure and transparent like a piece of ice, so they named me “Bing” which means “ice” in Chinese.
‍
I wish to be one or two of those drops of water from melting ice, and later could be returned to the river or the sea. 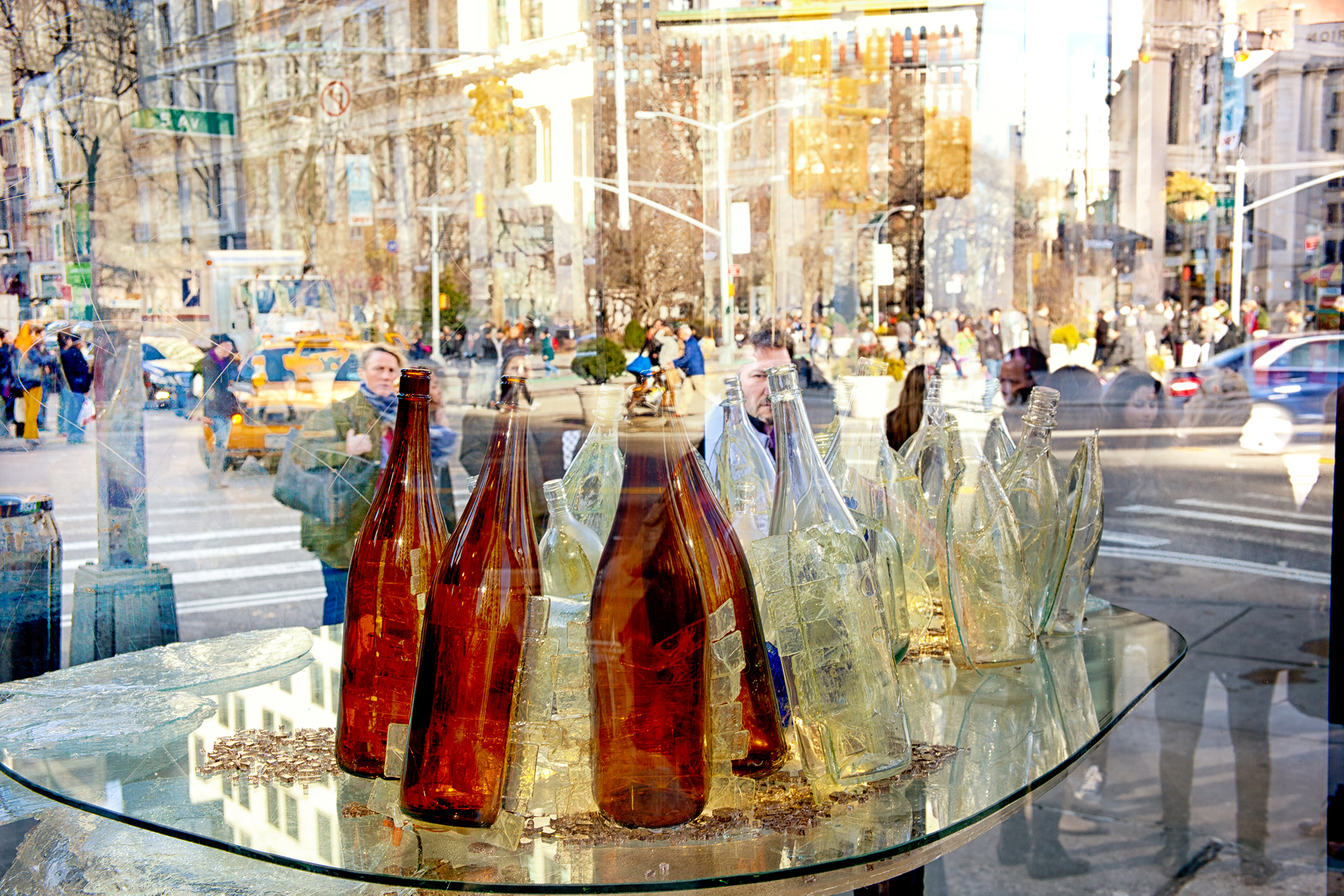 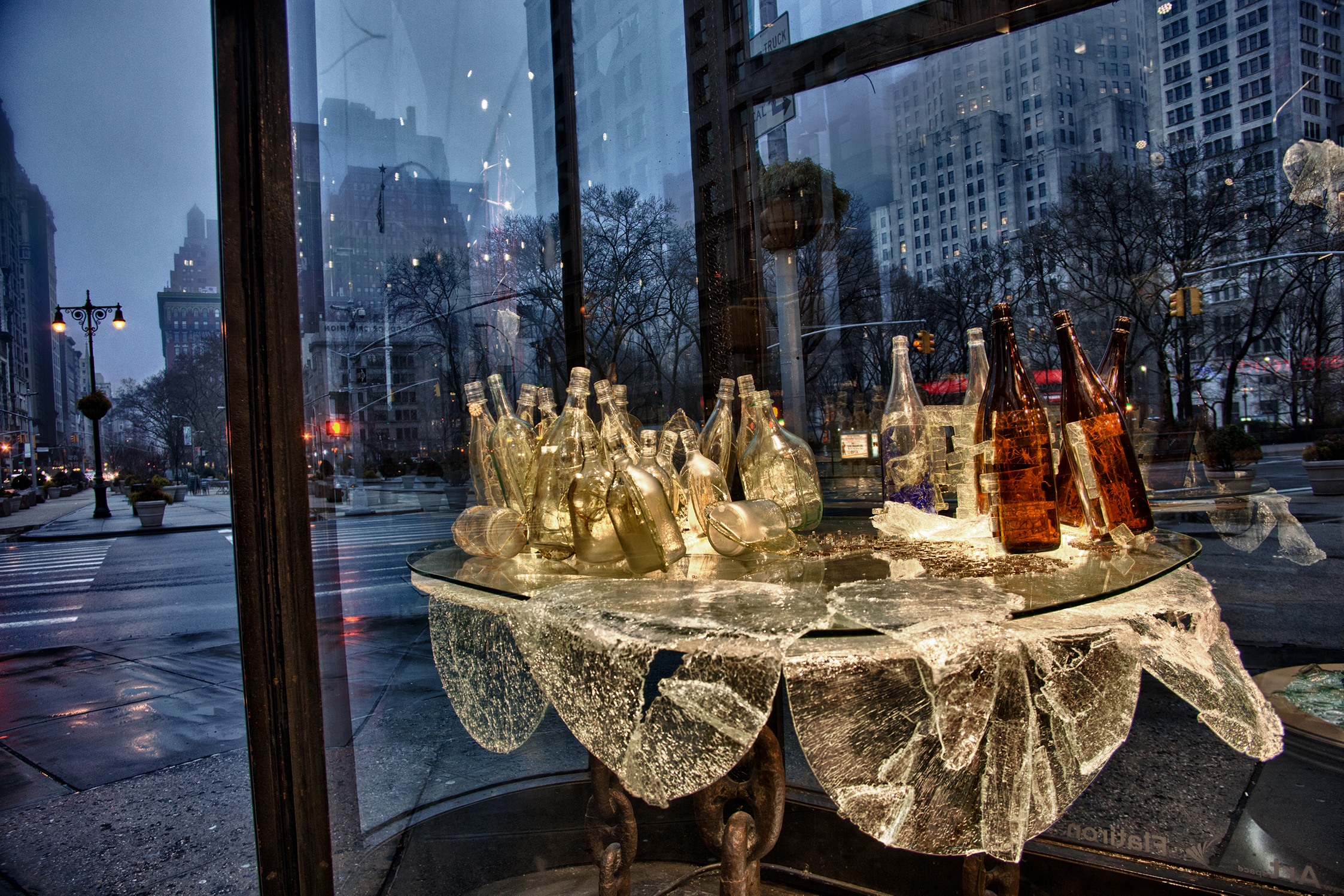 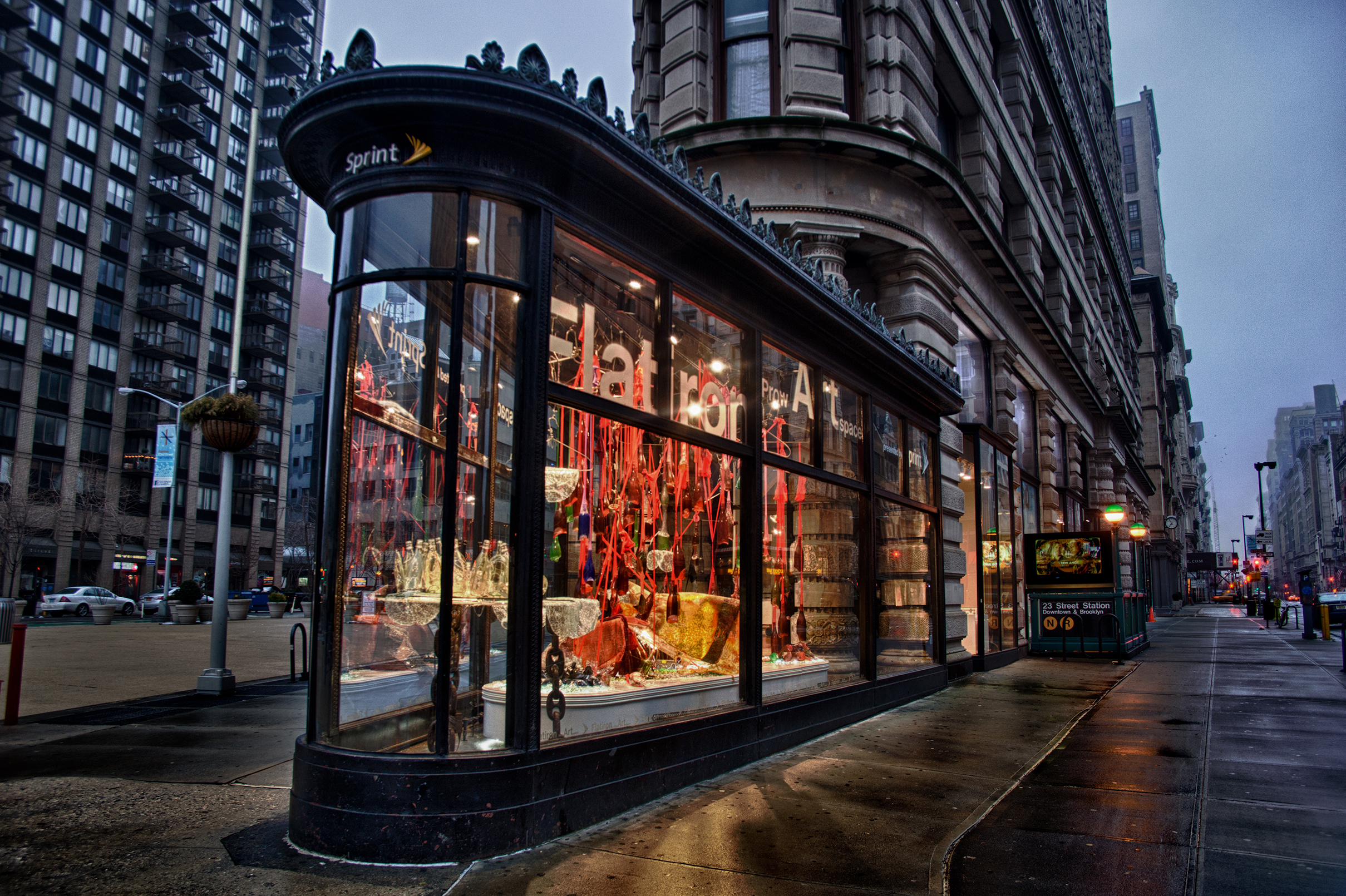 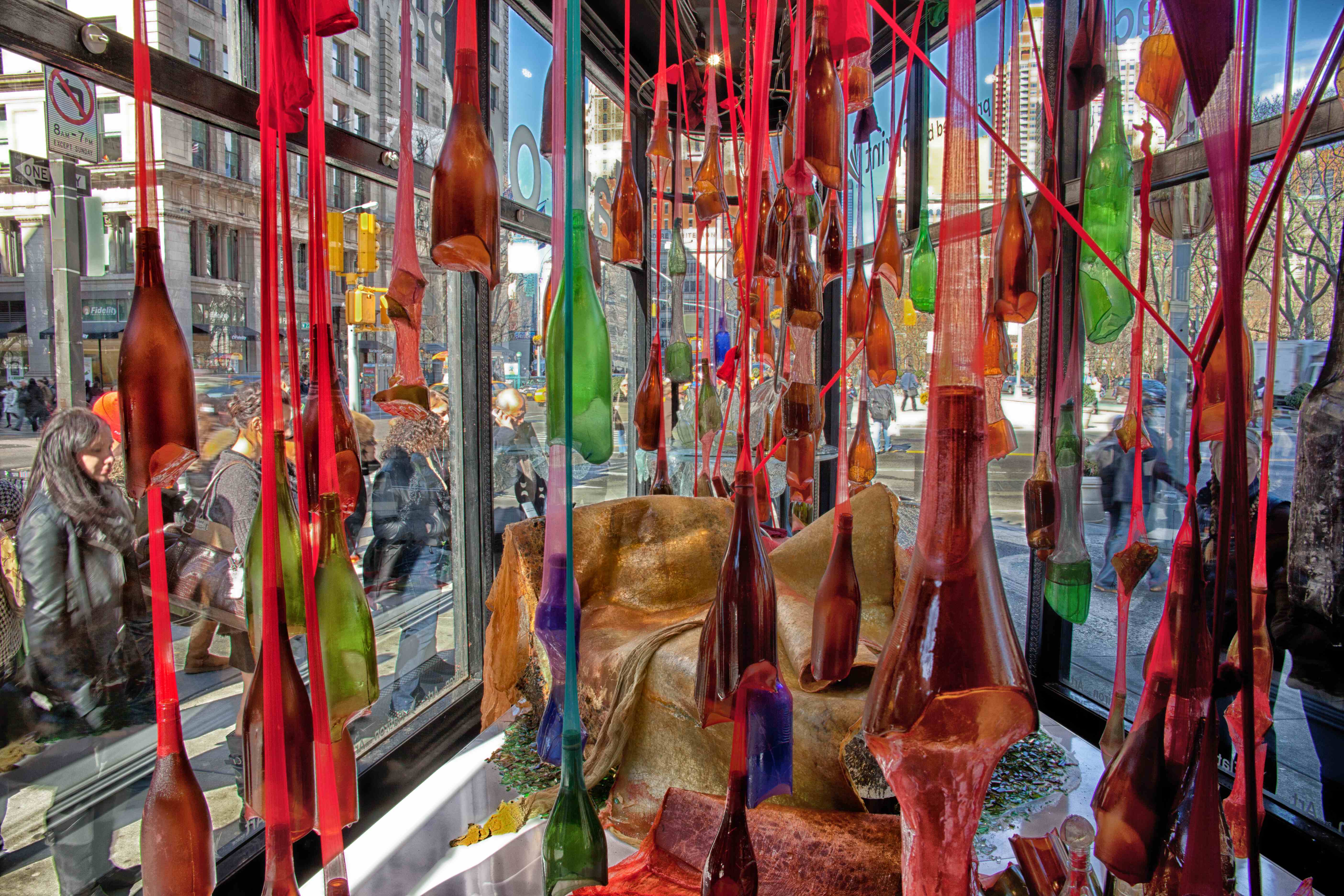 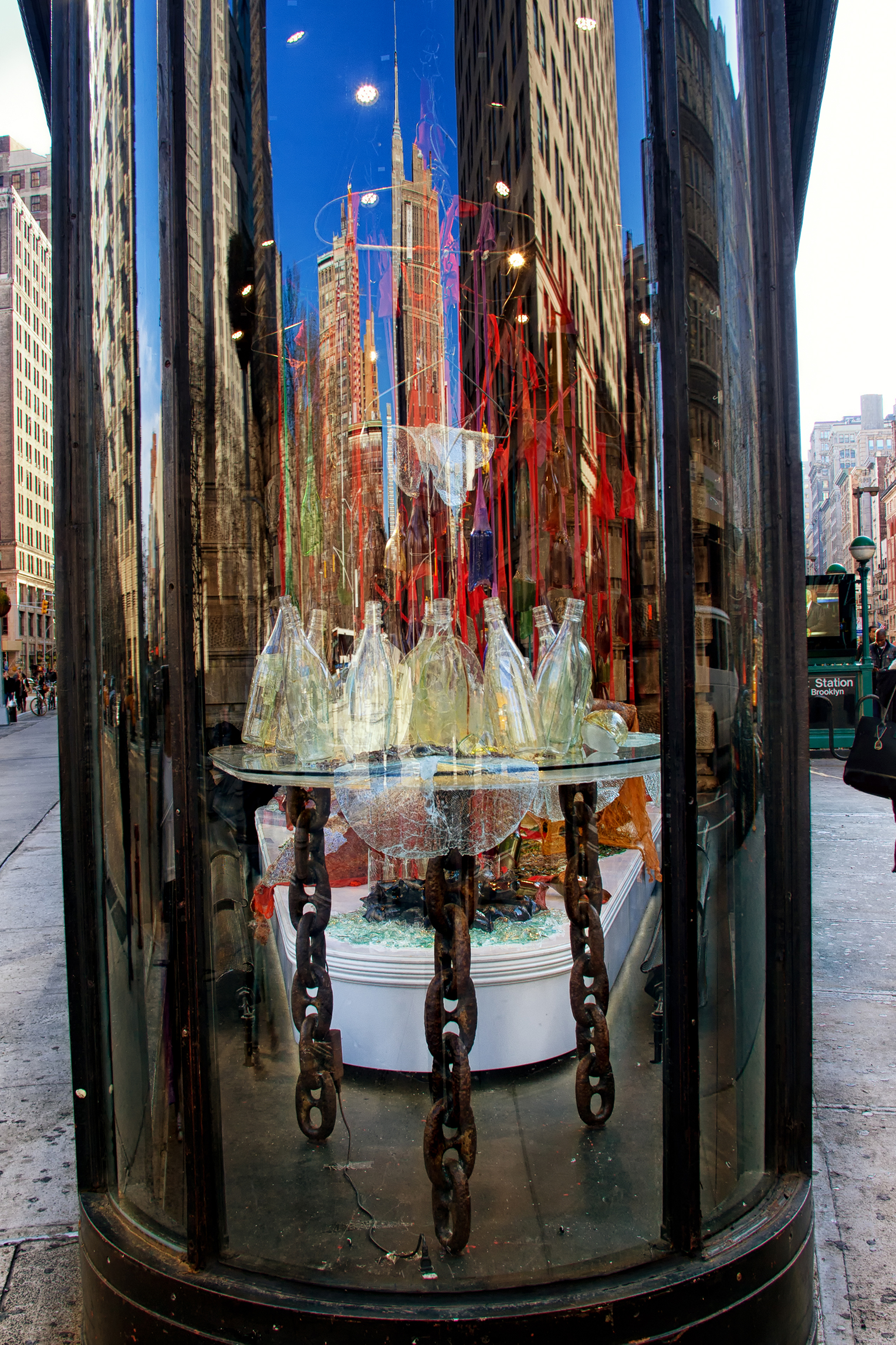 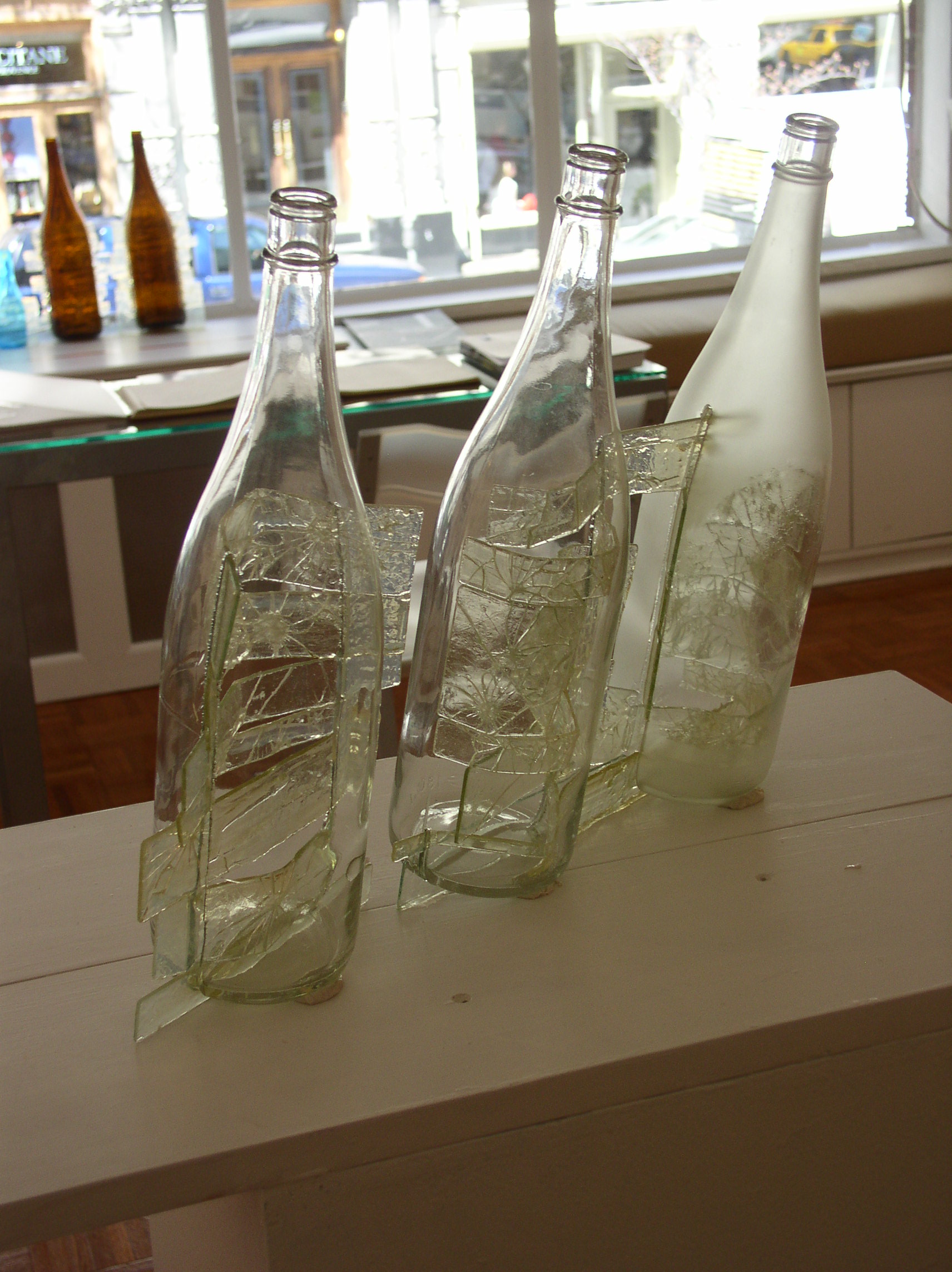 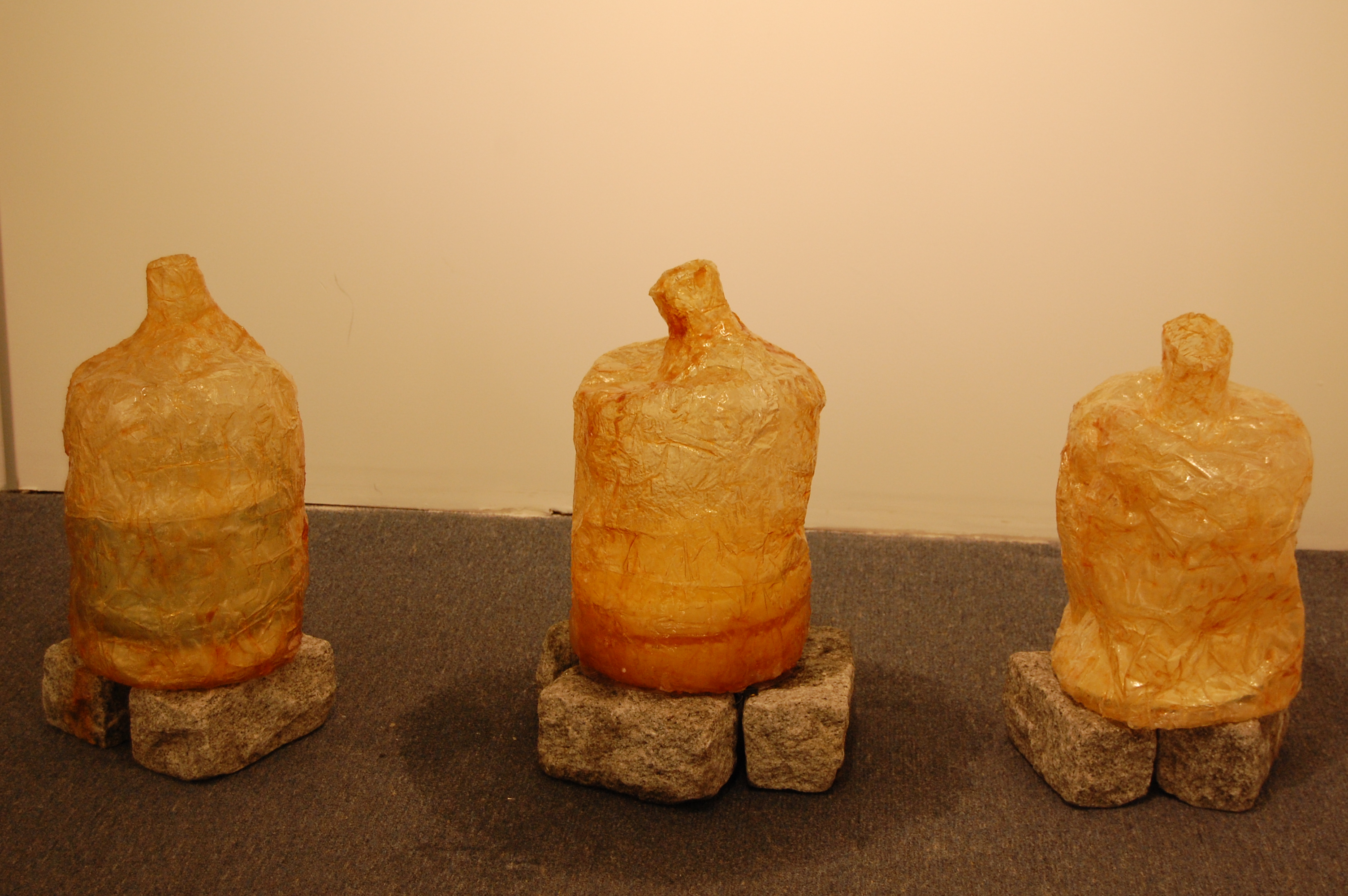